The use of land is the center of the ongoing struggle between the Moken people on Surin and the National Park. While Moken have an unwritten right by ancestry, the National Park claims with all written laws to protect the environment from people.

After the 2004 Tsunami when the Moken were “asked” to merge their previous two villages into one single bay another big change occurred: the Moken were moved up on the beach. Prior to the tsunami, they built houses on stilts along the tide line. At high tide, this allowed them to put a line into the water and fish from their front porch, to tie up their boats at the house, to easily have natural waste be swept away by the waves and it also prevented the pillars of the house from rotting. The national park argued that in case of another Tsunami the Moken would not be safe with their houses along the water. Most suspect, however, that this decision had more to do with tourism than the needs of the Moken: if the houses were on the tide line, it meant that tourists would be unable to walk through the village at high tide. 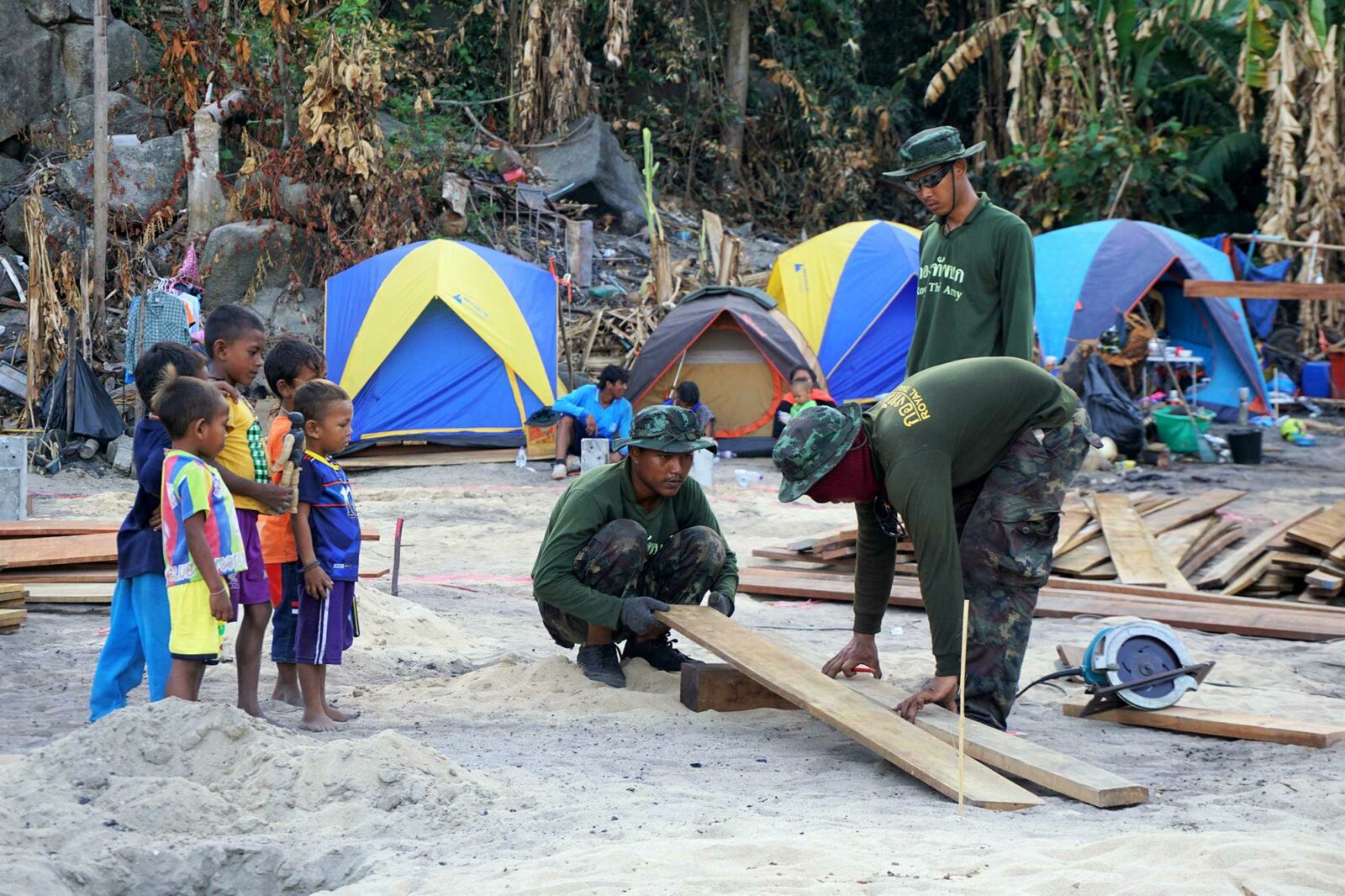 This has clearly changed the daily life for the Moken who now have to wade through the water when returning with their boats. It also changed completely the use of social space in the village as now anyone in the village could gather under anyone else’s house at any time. Not to speak of the masses of tourists that venture through the village. 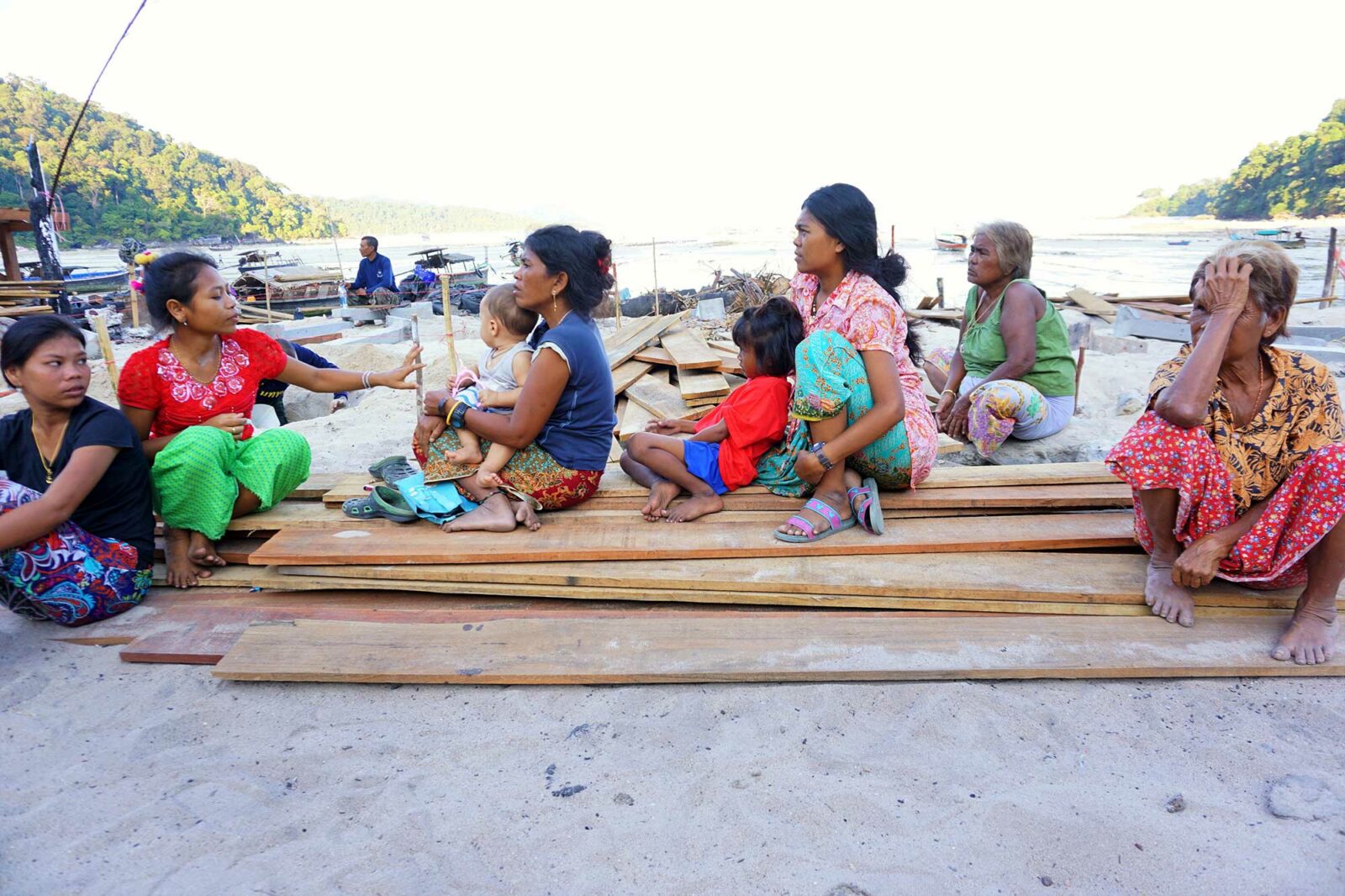 With the years, as the pillars on the stilts houses at the beach started to rot and needed to be replaced the Moken slowly but steadily moved their houses back closer to their beloved ocean. Nature also worked in their favor, as year by year, the beach slowly eroded. The reconstruction of the new village shows another loss for the Moken in the struggle over space in the National Park: the front ocean row of houses has been moved further up the beach by the length of an entire house. This also results in less village space than before as the distance to the forest is limited. As a result, the last row of houses has their roofs touching the communal bathroom roof. Rather than an ocean view and breeze, the newly moved row of houses get the smell–and sight–of the community bathroom.

Also, the new pillars, known to rot in the sand when not in touch with salt water, have received a concrete foundation. One is left to wonder how the introduction of concrete into these pristine white beaches is in accordance with the laws of environmental protection.

The Moken Islands
Go to Top