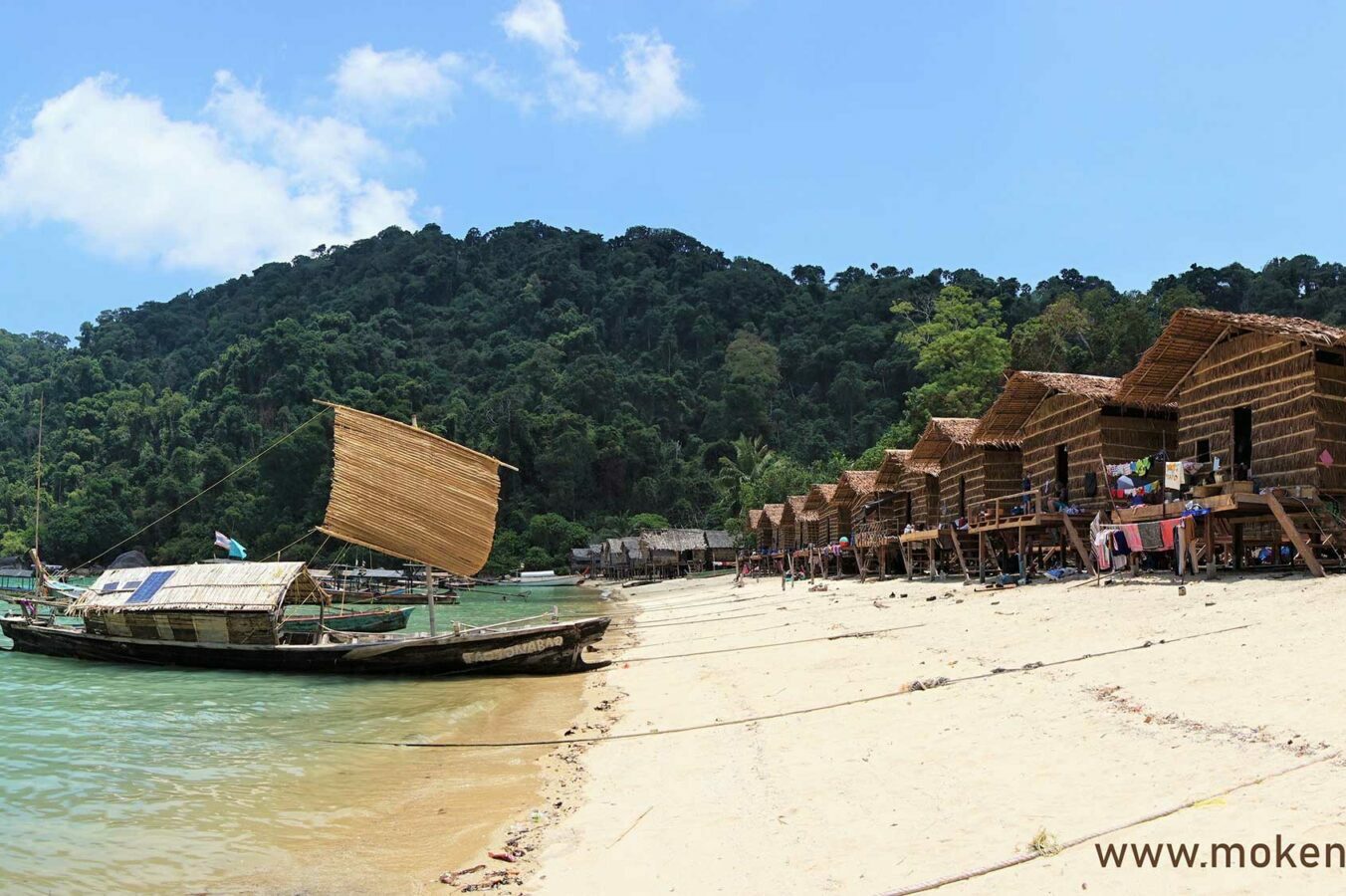 The Rains Have Come, The Park is Closed

The National Park on Surin closed 5 days before the official end of the season due to bad weather. The Park is open for tourism from November to May, during the dry season. The tourism season is when Moken make most of their income, working 7 months of the year for the park, various speedboat companies, and jobs on the mainland. The monsoon is when the Moken come together, as the men returning from dry season employment increases the population of the village by at least 30%.

This year will be tough during the rainy season as most Moken families lost their savings in the fire and weren’t able to work for several months after the fire disaster. Although the Moken are grateful for the newly built roofs over their heads, many families have started thinking about how to make their houses rain and wind safe. As the first row of houses gets the full force of incoming storms, there is worry that the high roof design might leak.

Donations to date have been used for the purchase of 2 solar powered lights for every house in the village, a library collection of books to stimulate literacy in the rainy season, sponsoring Moken to attend high-level government meetings, and, most critically, the time spent preparing a plan for future actions. 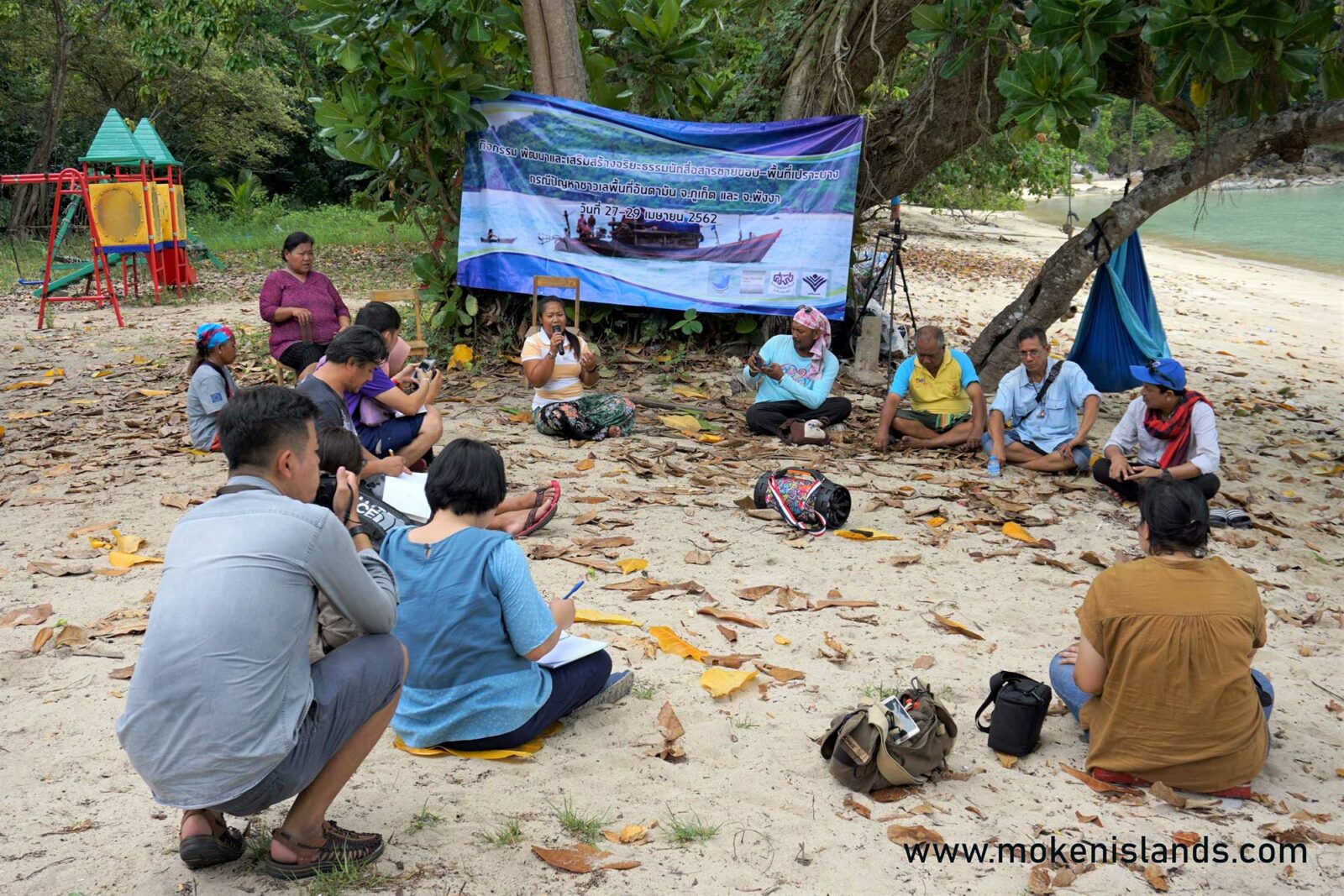 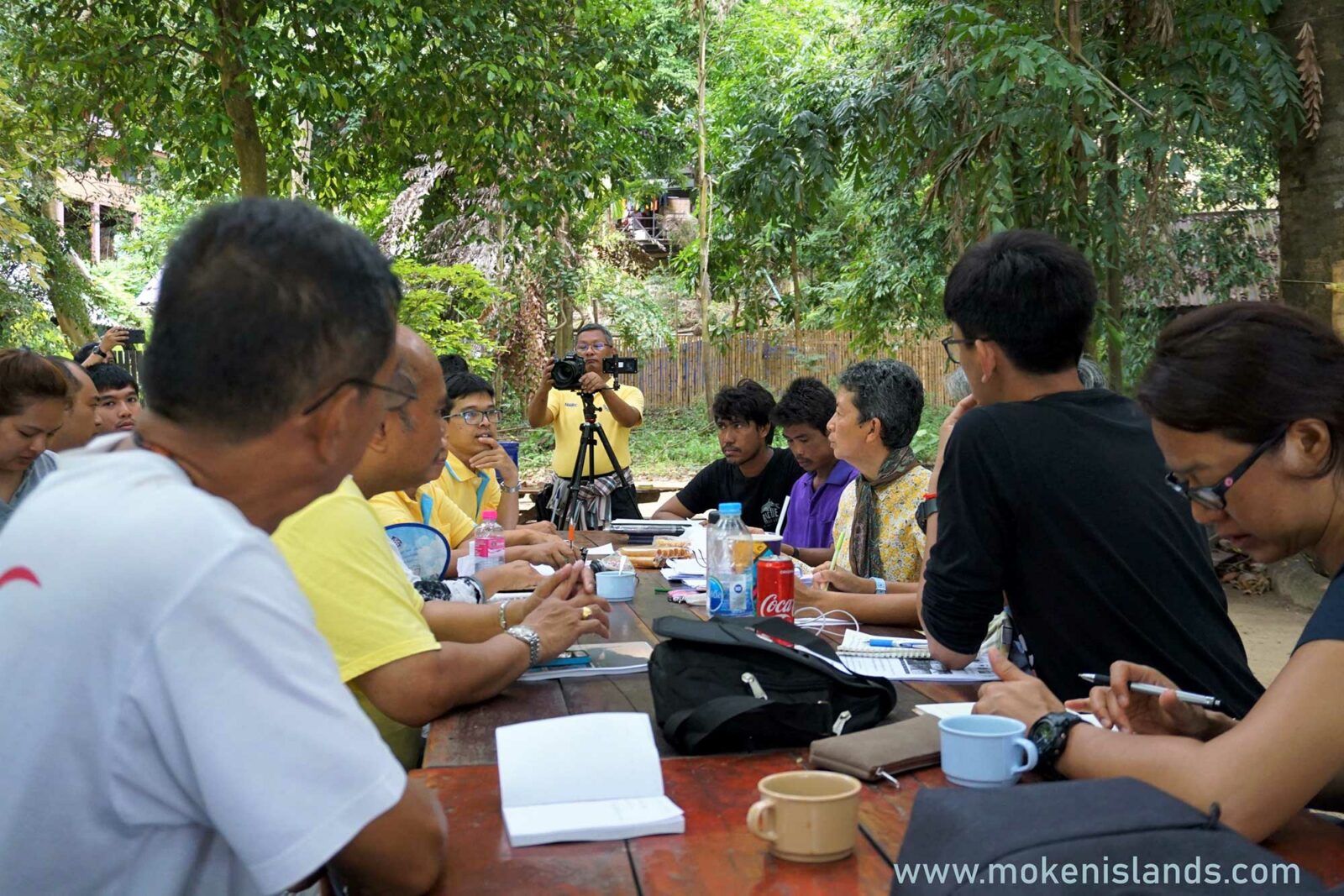 Most of the provisions the Moken need were delivered in the dry season after the finishing of the houses but there are still a couple of essential items missing, for example, knife sharpeners, axes and bushmen knifes. Together with NAN-Foundation we are working to get a list of missing items to be able to send out via longtail boat once the weather calms down a little. With the closing of the park, however, communication is a challenge, as there is no mobile phone reception in the village. In the tourist season, the villagers regularly send messages via the visiting speedboats.

The recovery has involved a great balancing act for the leaders of the village, such as Ngui, the chief. The influx of outside assistance has been a welcome but chaotic process. At the same time, it has required great effort to guard against a further erosion of Moken culture and human rights. Ngui has been heroic in his role as the interface between the needs of his people and the well-meaning (but often uniformed) assistance from outsiders.

Helping Ngui in this effort with brainstorming and organization are Hook and his wife Lena , who are working to create an active network of outside supporters. Hook is brother of the chief, and has spent most of his adult life working on the mainland, as a boat driver, fisherman, dive guide, and even as the subject of a feature-length film. He has a strong understanding of the Thai system and the world at large, and is emerging as a much-needed spokesman for the Moken village. He is married to Lena, who has worked as a translator for Moken-led tours for many years. Born and raised in Germany, she uses her experience in community development and social justice along with her love for the Moken to act in solidarity with them during their difficult journey towards self-determination. Going back and forth between the islands and the mainland they have drafted a list of necessary items for the rainy season, and spent time advocating outside the village for Moken self determination. 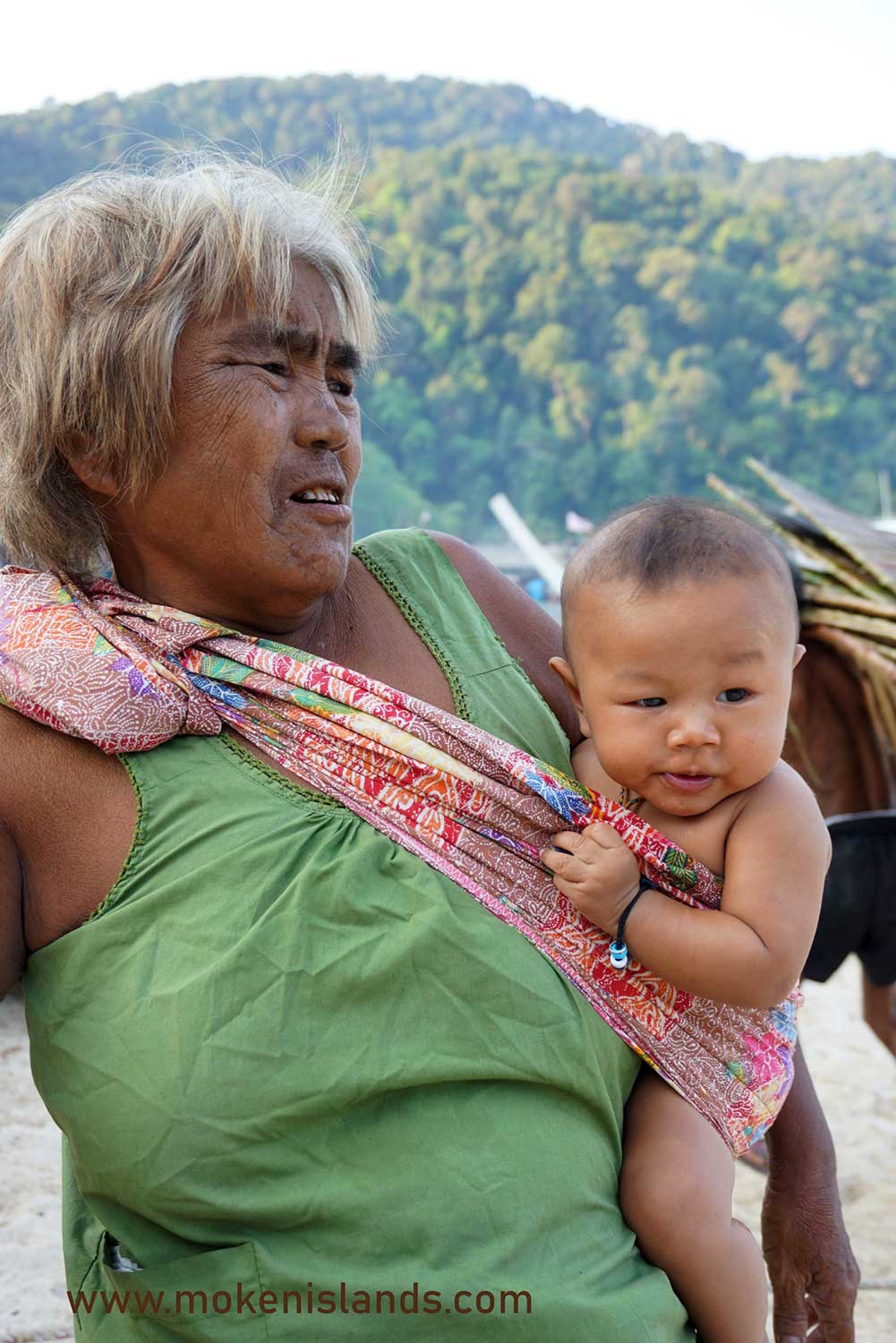 With physical goods mostly replaced, the support plan throughout the rainy season aims at promoting Moken culture and knowledge. The elder Moken generation shall be paid as teachers to pass on the knowledge of craftmaking to the younger generation. This includes building a new Moken houseboat (the first in several years), crafting traditional tools, weaving sleeping mats out of pandanus leaves, and making traditional musical instruments. Employing the elders as teachers will also help the local teacher, Kaeng, who is often the only teacher present for a group of up to 80 students. 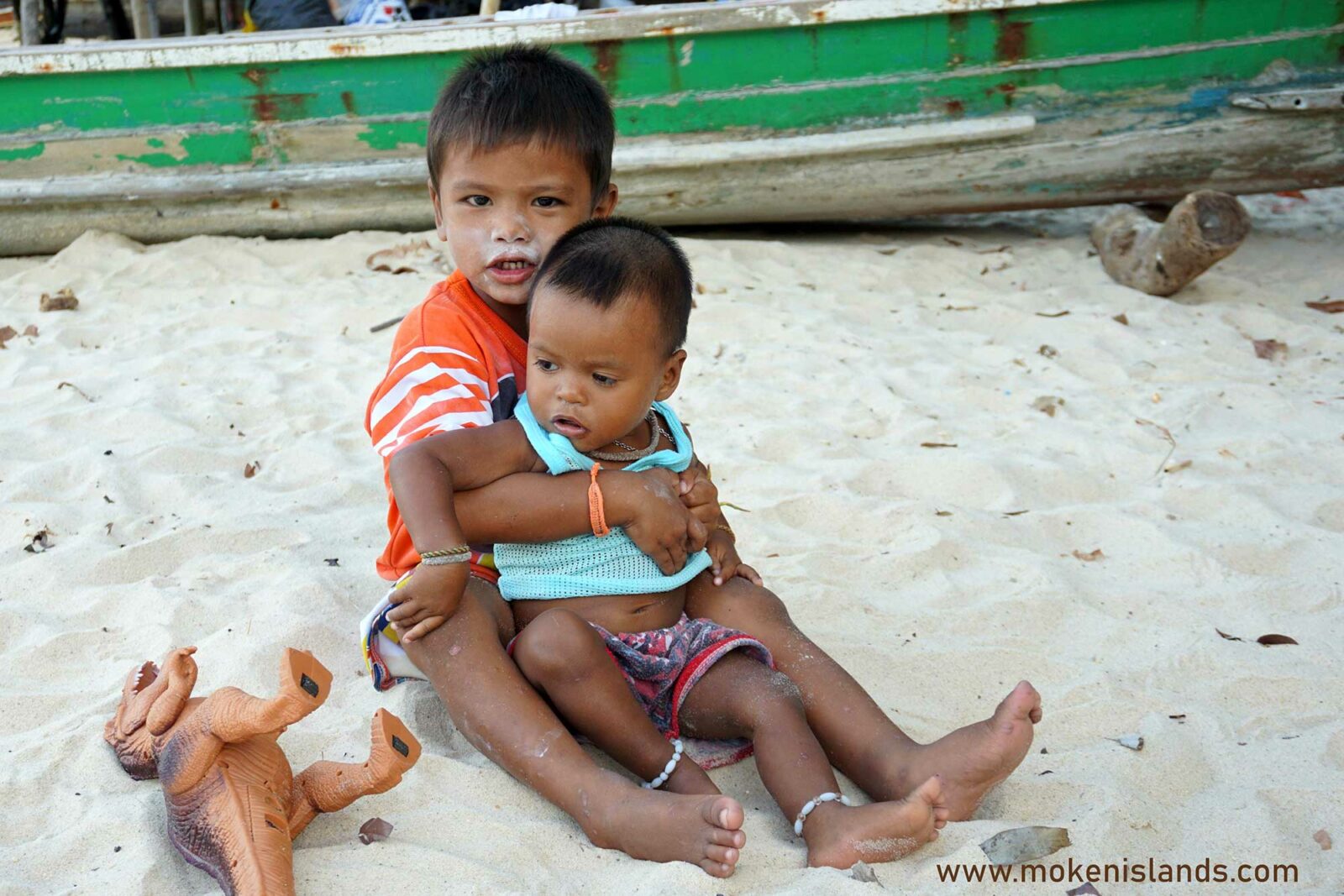 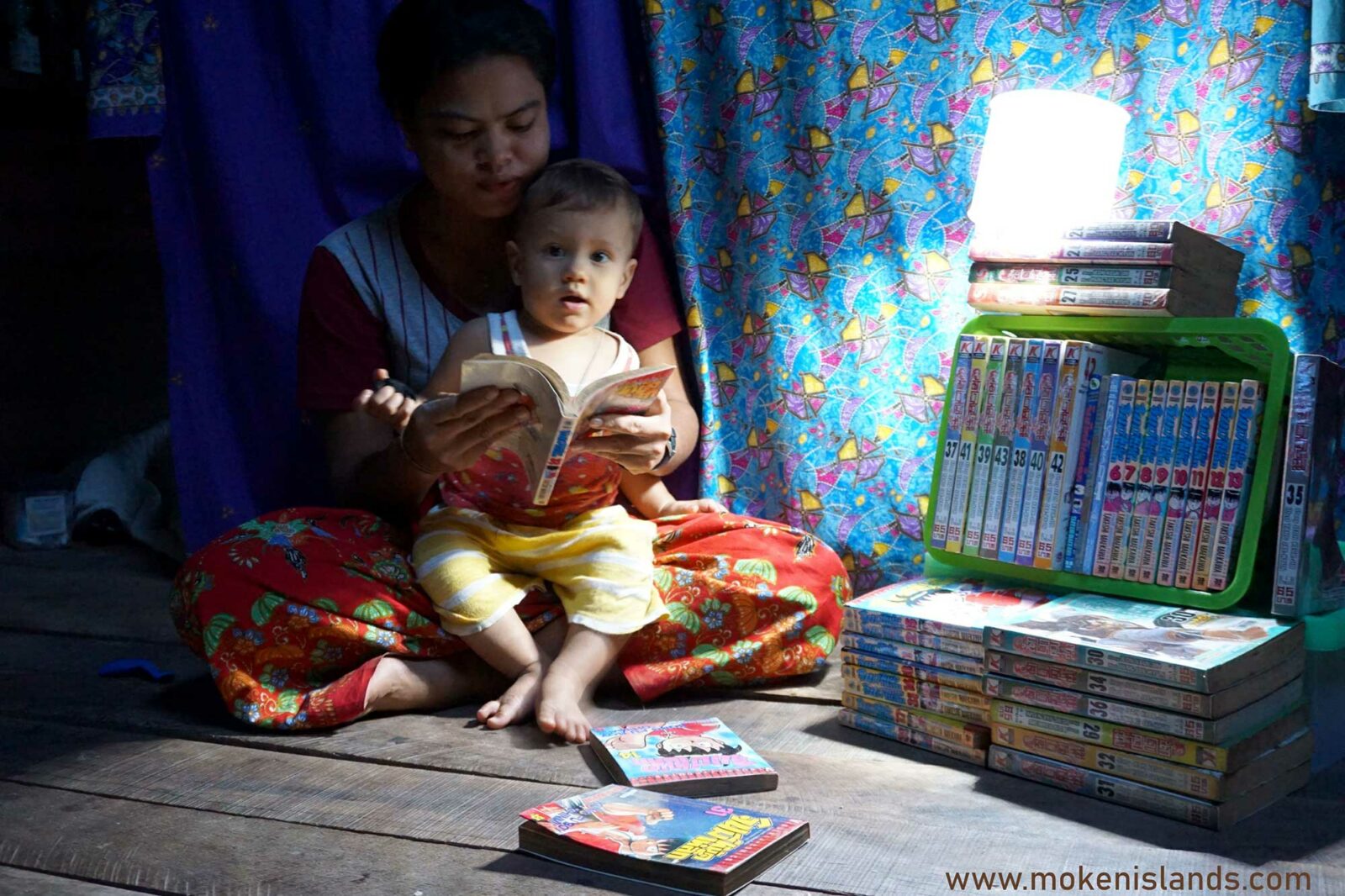 Another area of support will be supporting the self-organizing of the community. It may be possible for the Moken to petition for legal recognition as a village, but several steps are needed before the local administration will consider it. Hook and Ngui are currently drafting up a meeting plan with the entire village to consider the matter, and discuss the necessary steps. The long-term benefits of recognition as a legal village would be immense. 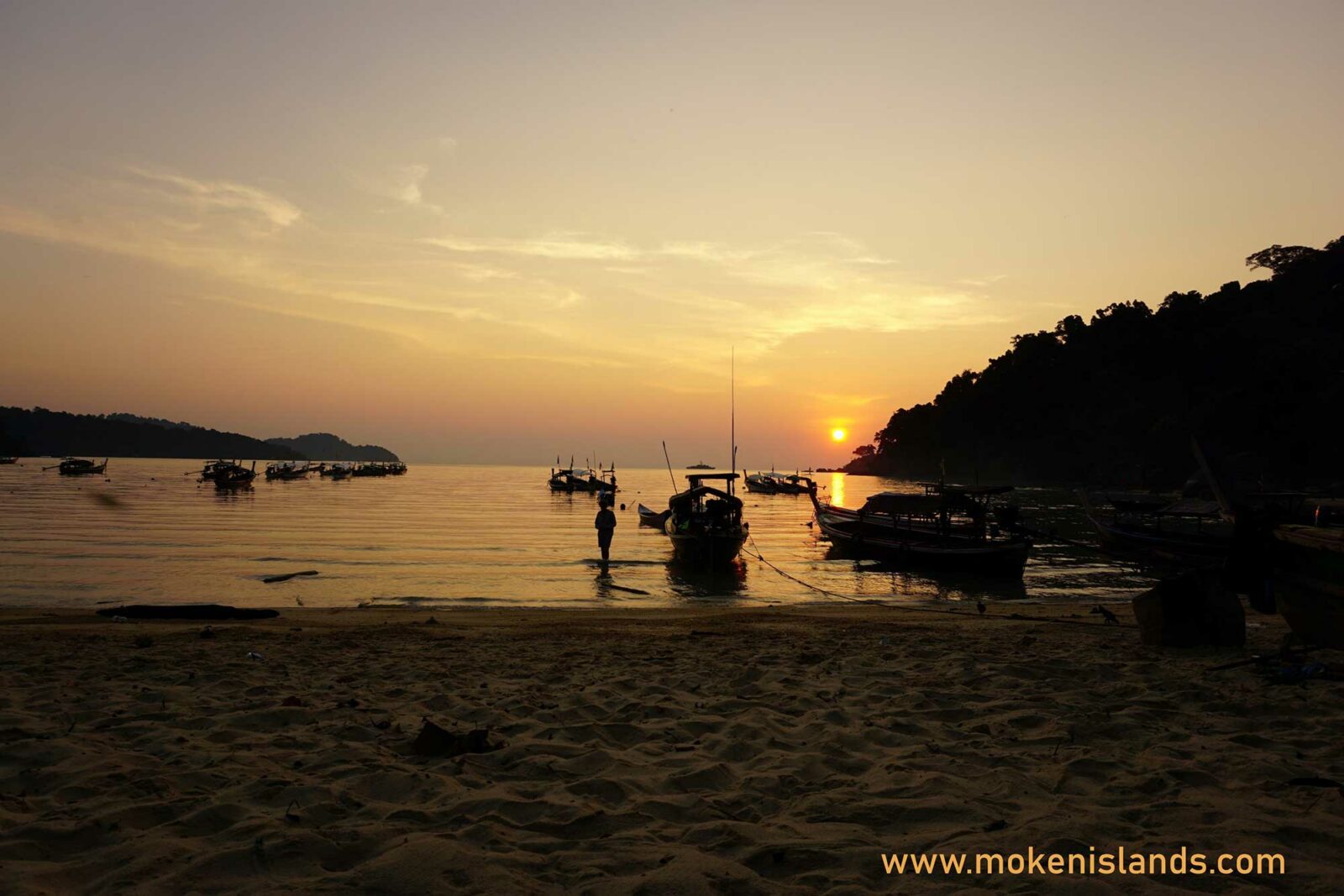