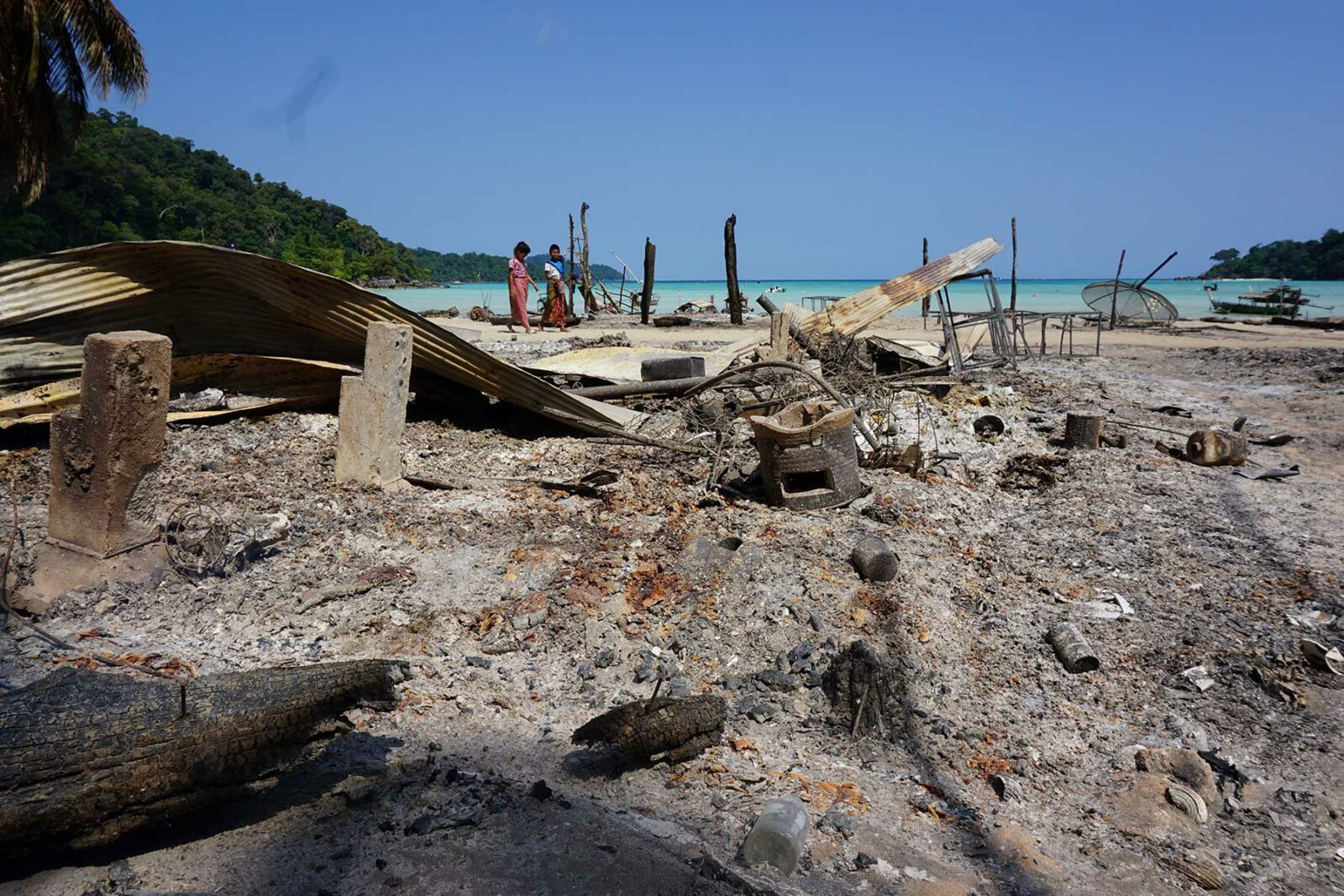 11 February – Ministry of Natural Resources and Environment.  The Network of Andaman Seafaring Ethnic People, represented by Mr. Wittawat Thepsong, submitted a proposal to Mr. Wicharn Simachaya, Secretary of the Ministry of Natural Resources and Environment, who acts as Chairman of the Committee for the Affairs of Indigenous Peoples (the literal translation would be The Committee on Resolutions of Residential Security, Conservation Areas, and Spiritual Areas of seafaring and mountain Ethnic Minorities).  The proposal requests a moratorium on current construction of the village of the Moken Ethnic Tribe on Surin Island, and reevaluation of construction plans to adequately support their way of life and ensure their future safety.  Mr. Wicharn vowed to quickly take the proposal under consideration.

The content of the proposal mentions that the Moken People of Koh Surin were the first to officially settle the area without issue, until the creation of the international border 150 years ago between Thailand and Myanmar.  The creation of the border, which straddles the Moken people’s ancestral lands, and the Moken’s ethnic classification effectively removed their right to access to their lands and waters.  The Moken have traditionally followed the seasonal movements of aquatic wildlife, depending on fishing and foraging on small islands, living within—and relying on—nature to support themselves.  The fire that recently took place burned 61 homes that housed 70 families and left 273 people without homes, possessions, money and generations-old heirlooms.

After the fire burned the village, many people rushed to help in a breathless effort to reconstruct the village exactly as it once stood.  Sufficient funds for rebuilding the homes were raised, but questions surfaced, however, of how a family of 12 could realistically be expected to live in a 3 x 6.5 square meter house.  The Moken Network thus proposed the following points:

1 – A moratorium on construction of houses that are not adequately sized (or adequately spaced out) for 2-3 families living together under one roof.

2 – Taking the matter of the construction of community housing for the Moken of the Surin Islands under the authority of the Restoration Committee for Indigenous Affairs and Culture, pursuant to the Committee Resolution of 2 June, 2010.  The matter would then be put under the authority of the committee so that all voting members, in coordination with Moken representatives, can pass a new resolution (Committee Resolution 3) and establish a Subcommittee of Moken Affairs to support housing construction and improve the living standards of Surin Island Moken population.

Ms. Narumon Arunothai, a scholar of the Chulalongkorn University Social Research Institute, who went down to Surin Island on 09 February, says that, “at the moment, the amount of certain donated items, like clothes, so far exceed the current need that some incoming donations are essentially useless.  Clothing donations generally include all types of clothing, most of which isn’t useful for the Moken people.  Most Moken women usually wear traditional sarongs and undershirts, while men wear shorts and t-shirts, which leaves certain donations unusable.  What’s important is the management of the distribution of goods: villagers should be able to meet with donor organizations to communicate the community’s needs and examine what needs have and have not been met.  This way, the appropriate donations can be made in order to have the best impact on these communities to ensure a quick return to self-sufficiency.

“Truly, the restoration should be focused on reconstruction and communication—not just the various committees telling the community what they will do, but the committees and community working together.  The focus should not be of fulfilling the mission of government agencies without consideration of the community’s demands and considering the matter to be resolved, because then the goal quickly just becomes building the physical structures exactly as they were, to construct a bunch of houses on a beach.  This does nothing to help develop the community and make necessary improvements, and may have contributed to the Moken people becoming isolated from their own culture, in addition to being isolated from the opportunities of modern Thai society, after the tsunami.”

This crisis presents an opportunity for the community to bring themselves together and develop the best way to live in a conservation area, but to also understand that different committees and organizations that come to help may possibly be unfamiliar with your culture and way of life that’s inherently connected to the land, and thus have an incomplete understanding of the situation and your community’s needs.  I’d like to see these organizations come to listen to the concerns of the community, invite the community to come to them, instead of delegating a single representative for the entire community.  There needs to be time for the community to come together and form their own vision through asking questions, consulting each other, and arriving upon a plan for the future through consensus.  Baan Nam Kem is one example of this type of community-lead restoration in the wake of the tsunami.”

Ms. Narumon states that National Park is emphasizing the importance of using the same space and density of housing for the time being, even though the needs of some families go beyond that which will need to be addressed later.  It’s easy to see that the new layout for the houses has open space which can be further used for the benefit of the whole community.  In this vein, the Moken have proposed to expand the area for community use, particularly around the proposed site of the school.  In the minds of the community, this space could be used to greatly reduce the congested current layout, and ensure sufficient fire break areas to prevent further accidents while also better fitting the needs of the families on Surin Island. 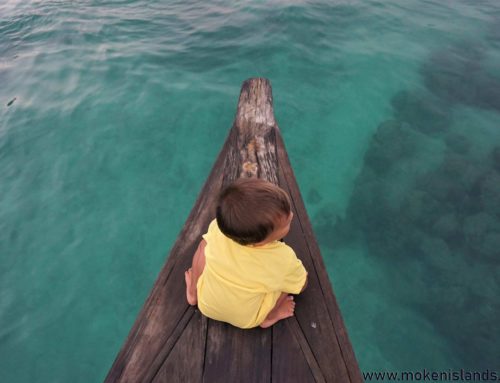 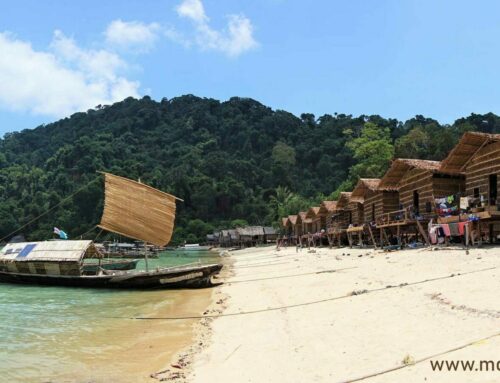